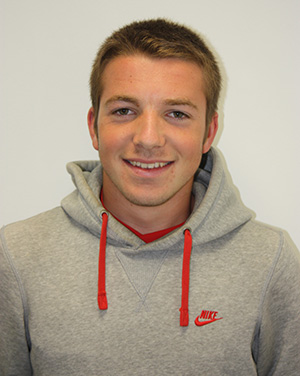 Arsenal Gap Year Programme – August 2012 – Present
Ben has gained qualifications and immense experience as a football coach while working on the Programme. He spent the first three months working with students in both primary and secondary schools in Islington. For two days a week he led Physical Education lessons at a local state co-ed secondary school with year groups 7-9, and organised a local schools tournament. He has also been involved in ‘Sport for all’ activity days designed for people with disabilities, worked in the Arsenal Soccer Schools during the school holidays and at Junior Gunner events held at the Emirates Stadium.
Since January 2013, Ben has been volunteering in Uganda, both coaching football ‘The Arsenal Way’ and teaching at local primary and secondary schools.  He has worked with over 3000 children from ages 5-16 from 13 schools around Kanungu.  He has also led lessons in school on Health, HIV awareness and Nutrition.

‘Kickabout’ Football – May 2011- August 2012
Ben was responsible for conducting afterschool tennis activities for the children (in years 3 and 4) who attend these weekly one and a half hour sessions. The objective is to improve the children’s tennis skills while having fun and making friends.

Pavilion Tennis – Summer Job 2008 – 2011
Ben has worked for the last three summers as an assistant tennis coach supporting the six week long summer camp programme for children aged between 4 and 14 years. He worked alongside other qualified coaches to organise games, activities and award presentations. During the camps he run tennis in the mornings and offered a selection of other sports in the afternoons including football, cricket and rounders.
Ben also assists on the adult tennis workshops, coaches on disability sports days and works in the Pavilion Café.

Ben has played for (and captained) Alexandra Park Youth Football Club from the age of 6, until age 18, apart from four seasons where he played for Haringey Borough where he was awarded the Haringey Borough Leaders Championship Cup in 2005 in recognition of his skills, attitude and dedication to the sport, and then Broadwater Farm Football Club who won the league and cup in 2007/8. He always played for his school’s first teams.

Other qualifications and training:

Ben has represented his school, Haringey and Enfield, and Middlesex in cross-country competitions and leagues. He also ran for Haringey in four London Mini Marathons.  He has also represented Haringey in the London Youth Games by playing football, hockey and athletics.
In 2008, Ben aged 14 years old, was selected from hundreds of students across the UK as one of ten participants in the Children’s BBC television programme ‘The Election’. The aim was to battle against other candidates for a chance to present his manifesto to the Prime Minister. His pledge was to include ‘Fitness Friday’ as part of the school curriculum, where children would get more involved in sport, become healthier and in the process develop confidence, teamwork and communication skills. This is still something he feels passionate about and why he wants to become a football coach and make a difference in his local community.