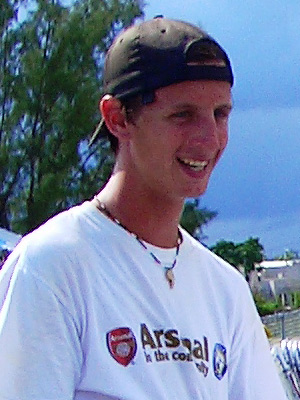 Education: Recipient of Upper Second BA Honours Degree in History from University College London in 2009, Awarded 3 A-Levels from Drayton Manor High School in 2006 and awarded 12 GCSEs from Drayton Manor High School in 2004
Achievement and awards: a) Outstanding Achievement Awards in German (2002 and 2004), Physical Education (2005 and 2006), Art (2001), History (2001) and P.S.E. (2002).  Only one student per subject in each year group was presented with the award, which took into account not only academic results, but also attitude towards the work, staff, and other students. b) Consistently achieved academic results rated as ‘excellent’  that secured placement in the top 5% of the year group c) As a result of this academic success, was chosen by the Head of Year and other senior academic staff to liaise with prospective students and parents at the 2005 Drayton Manor Sixth Form Open Evening. Most notably, spoke publicly at the opening assembly about how to make the right A-Level choices. d) Captained the Drayton Manor High School football team (1999-2004), winning the Ealing Schools League and Cup titles in the process. Significantly, captained the side which won the Manchester United Soccer Schools 7-a-side National Tournament in 2000, playing at Old Trafford in the final. e) Selected to play for the Ealing District Schools’ team in the 1999-2000 and 2001-2 seasons. f) Captained the Drayton Manor High School (Sixth Form) First XI in 2005-6, and was given increased responsibility of picking the players and organising the team.
Experience: a) Teaching Assistant at The Hall School (2011-present): organised physical education lessons for children aged 4-13, covered a variety of sports, including football, rugby, cricket, hockey and tennis, was also responsible for the safe transportation of children on the 35 minute journey to and from the school sports site; assisted in core academic subjects, such as Maths, English, Science and History; prepared and delivered lessons outside of the school curriculum in History, Maths and Life Skills. b) Voluntary Community Football Coach at Arsenal Football Club (2010-2011): spent four months in Kenya (Nairobi, Nakuru, Naivasha) coordinating health awareness and educational programmes through the use of sport. In conjunction with local charities, namely Alive and Kicking, delivered sessions in schools and projects in many deprived areas, in association with the Brewster Trust, spent July 2011 in Barbados organising a development programme for coaches as well as a Soccer School for the underprivileged, laying the foundations for the Trust’s ultimate goal of improving amateur participation and elite competition in Barbados, worked on various Arsenal F.C. community projects and Soccer Schools, gaining an F.A. Level 1 Coaching Award and TEFL (Teaching English as a Foreign Language) qualification in the process. Taught at William Ellis Secondary School, delivering lessons and supporting the P.E. department.
Interests & activities: as a keen sportsman, enjoys watching and playing numerous sports including football, tennis, basketball and cricket. Plays football regularly on Saturday afternoons for Pitshanger F.C. (2010-present) and on Sunday mornings for Chiswick Albion F.C. (2006-present.) As well as being active recreationally, is an enthusiastic reader of sporting literature, particularly philosophical discourse by notable sporting thinkers.