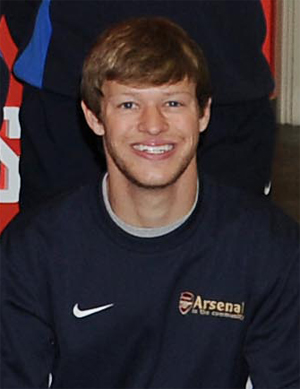 Objectives & strenght:
I have a strong desire to have a career coaching football (soccer), either in the US or abroad.  I have plans to further my education in that regard as well as get the necessary certifications that are required.  I will be working toward my FA 2 license in the summer.  The months that I have spent at Arsenal Football Club has shown that I bring the willingness, enthusiasm, knowledge and work ethic that is needed to succeed.

a) August 2011 until August 2012: Arsenal Football Club, London, UK; coach, currently completing the Gap Year Programme in which I have received extensive training on teaching different levels and ages of kids how to play football (soccer).

c) August 2009 to April 2010, Midac Deutschland, Huettenberg, Germany: seasonal worker in car battery factory, responsible for setting up orders and stocking products, traveled with Regional Sales Manager to customer sites to gain knowledge of the business, ensured that stocked products were clean before being shipped to customers

d) September 2005 to July 2009, Longhorn Steakhouse (Darden Company), Buford, GA: started as host but was quickly promoted to server, consistently recognized by management for outstanding customer service as evidenced by several awards such as Most Customer Compliments, Most Side Sales etc.