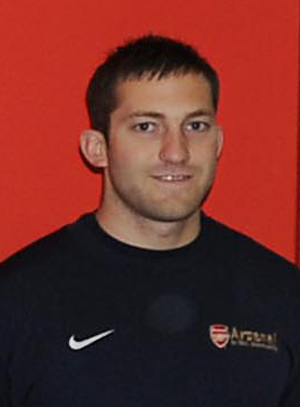 Football Experience:
The Arsenal Gap programme has been a major part of my football resume, however I have been involved in football from the age of eight. I have always been within the first 11 within all my teams and in my early years was captain. At the age of 14-15, my team did the double going unbeaten in both the league and the cup. When I was 16 I moved to a reserve men’s semi-pro Saturday side and have played at this level until now. When I went to University I was part of the football club and played games every Wednesday in the University 2nd and 3rd divisions. As part of my Sport Sciences degree I focussed on coaching different abilities and in different environments. Through training I had access to a wide range of coaching knowledge from my coaches: a former Chelsea player and the Brentford ladies manager, which improved my knowledge as a player and in the game. I have played reserve football for Sittingbourne FC, Ashford Town FC and Whitstable FC all semi-professional sides.