This is the third time that the Original FIFA World Cup™ Trophy is going on tour around the world. The 2013/2014 Trophy Tour will visit 88 countries during its 267-day duration. The Trophy Tour began its journey in Rio de Janeiro on 12th September 2013 and travels around the world for nine months before returning to the country that will host the 2014 FIFA World Cup: Brazil.
The total distance covered during the Tour will be 149,576.78 km (92,942.702 miles). In other words, more than three times the circumference of earth. Barbados welcomed the “prestigious visitor” on Tuesday, 22nd October 2013. 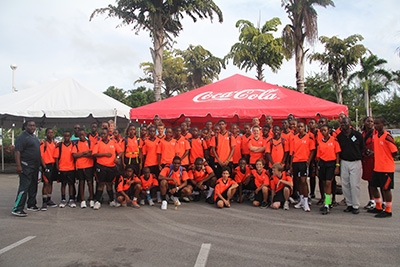 The Barbados Secondary Schools’ Football League (BSSFL) had been invited by its partner Coca-Cola to be part of the official programme in Barbados and to send 60 students to the event. Every Secondary School and BSSFL member school had the opportunity to participate with a team of four students – ideally two boys and two girls – and a teacher or coach. The 15 schools that registered immediately have been:

Cadijah Mars, a 17-year old student of The Lodge School, had the privilege of escorting the trophy on its flight from St Lucia, where the cup was previously on show. As a most outstanding player in last season’s league she was the “BSSFL Ambassador” to join the official delegation. 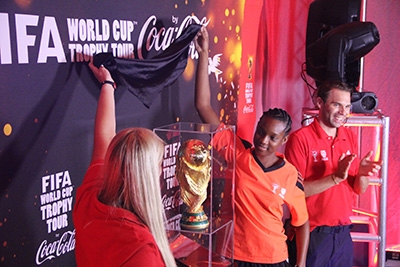 The 60 students, all equipped with Coca-Cola tour shirts and shorts, welcomed the trophy at the Hilton Hotel midday. After lunch at the Careenage Restaurant the students gathered in Needham’s Ballroom to view the trophy unveiled by Coca-Cola representative Annamaria Gazda and FIFA representative Jan Shetters and to take photographs. In the afternoon the 15 school team attended a football competition with four stations: 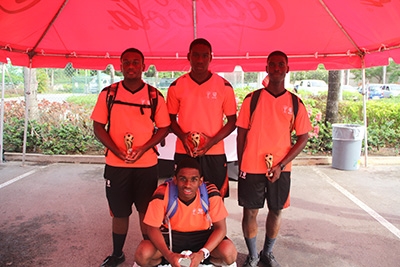 Finally four outstanding competitors have been awarded by Rory Sidaway, Vice-President of the BSSFL: 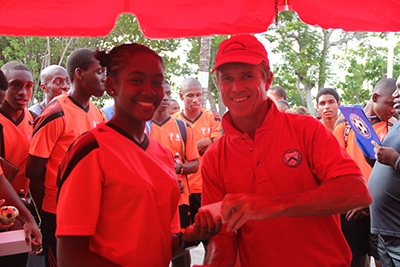 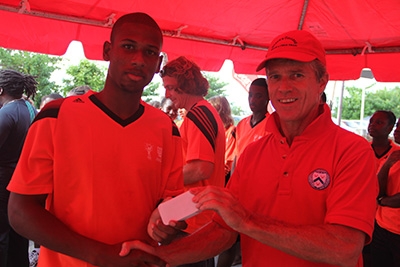 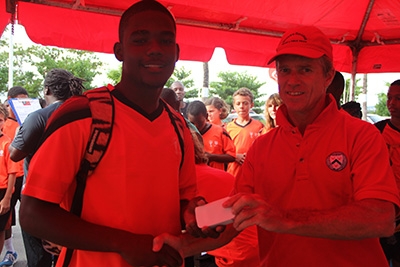 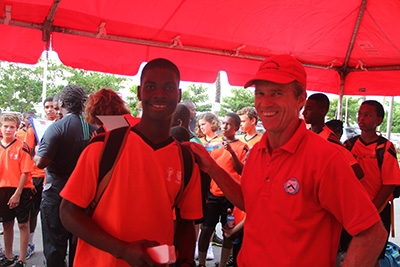 Zaid Quintyn, The St. Michael School: he had the top results in the competitions passing and heading

Thank you, Coca-Cola, for this unique opportunity.

Impressions of the event day on 22nd October 2013 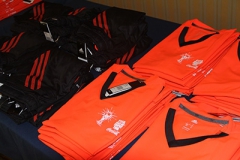 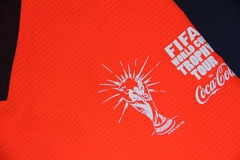 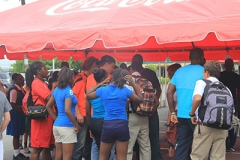 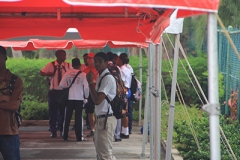 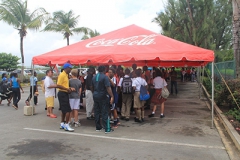 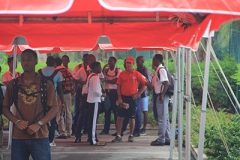 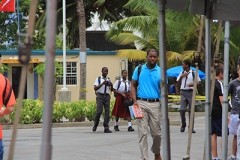 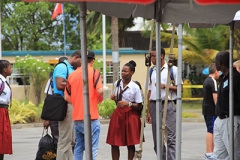 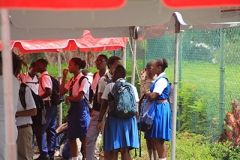 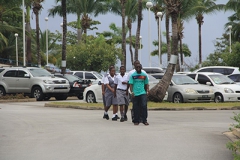 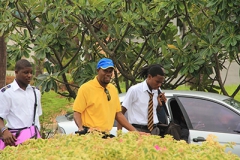 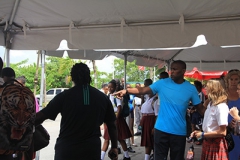 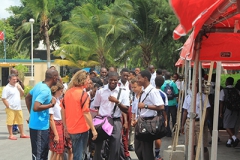 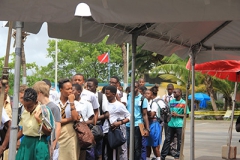 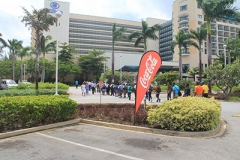 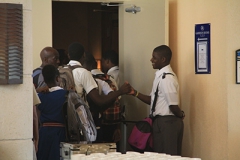 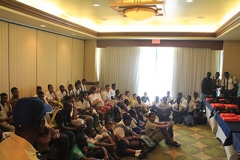 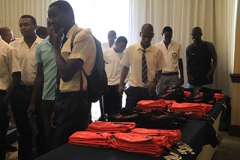 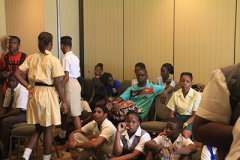 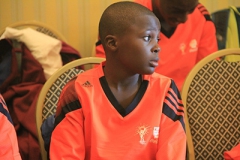