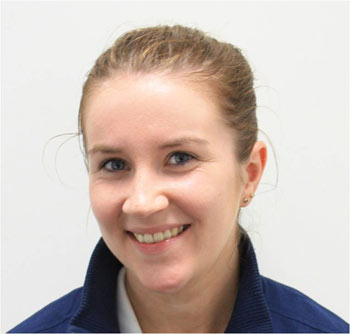 Yasmin visited Education Baldragon Academy from August 2006 – June 2011.
“I have always been interested from a young age and received my first season ticket for one of my local teams at the age of five. I first took up playing football at the age of nine.  I played for my school team for three years wining the local school cup the first time the school had ever won and went onto to play for a local girls team Celtic Girls Tayside.  I became the Team Captain for a number of years which enabled me to learn about team spirit and working as a team.  I then moved onto Forfar Farmington at the age of sixteen which was a bigger set up than Celtic as we did not have a Ladies Section but Forfar had this.  I Stayed with Forfar until I left for London for Arsenal Football Club. I also have experience in coaching as I was a coach with Dundee United Under Elevens Team.  This was a girls team which I really enjoyed teaching the girls. On achieving my qualifications from Arsenal I hope to gain employment in Sports Football Coaching at home or abroad. I love playing and teaching football which has played a big part of my life and look forward to a future in this line of work. I am a hard working person and will do anything I am asked, am a great team worker and mix easily with adults and children.  My aim is to pass on my skills to people younger to me and hope that they can have the pleasure in this sport that I have. With being at Arsenal I have learned how to progress coaching sessions to peoples abilities, be more confident and forward in my coaching and to work with people in different age groups. I have worked with coaches from an age group of 18-40 and have coached at a Local Girls Secondary School in London which was a range of 12 – 14 year olds and I also helped at a Local Primary School which was a mix of boys and girls, this was along with Coaching a group of girls on a Friday night from 6 o clock to 9 o clock. This was football sessions for girls of any age who wanted some football experience. Arsenal Gap Year will have given me and experience of a lifetime which I would never have achieved any place else. I am also learning to drive at the moment and have just passed my Theory Test and will sit my Practical Test when I go home, which give me more freedom to travel. I also like meeting up with friends and enjoying myself going out and certainly cannot wait to explore the Island of Barbados and meet the local children and people.”