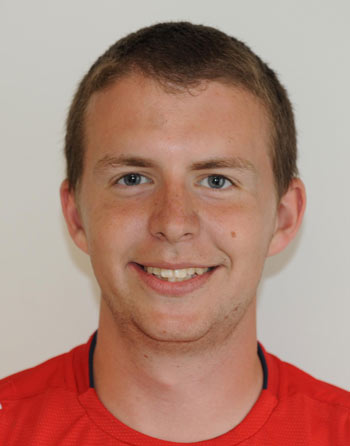 “After leaving school I joined the Royal Air Force and I am still a serving member in the rank of Flying Officer.” Philip visited the Royal Air Force College Cranwell – Queen’s Commission Level 5 Diploma in Leadership and Management – and Chesham Grammar School from 2001-2008. His experience in football: “Royal Air Force, alongside performing my Primary duties, my additional duties often included various roles within Football. I undertook both refereeing and coaching qualifications and performed a mixture of both with various representative sides. I have also played in similar representative sides. Through the Arsenal gap year scheme I have gained a great deal of experience coaching football to a wide range of abilities and ages. Coaching in primary and secondary schools is a major focus. Other activities have involved helping to coach adults with learning difficulties and helping with Arsenals social inclusion projects. I have also been involved with Arsenal Soccer Schools during school holidays.”
His Football Qualifications are FA Level 1 Coaching Badge, covered the fundamentals of coaching football with a slight weighting towards coaching young people. “Prior to passing and completing the course, I delivered an assessed session to a satisfactory standard.” FA Qualifications in First Aid and Safeguarding children, essential training in initial assessment and treatment of injuries common in football matches and training sessions and training on important aspects of Child protection. FA Youth Award Module 1, included increased focus on coaching and working with children, in particular the 5-11 years old age group. Covered ways of increasing participation, enjoyment and learning. FA Qualified referee, “the course including lessons and exams on laws of the game, has allowed me to officiate in many football matches of varying standard.” FA Level 2 Coaching badge in progress, completed residential part of the qualification. Greater focus on coaching adults and older children with a far greater amount of advanced technical coaching.